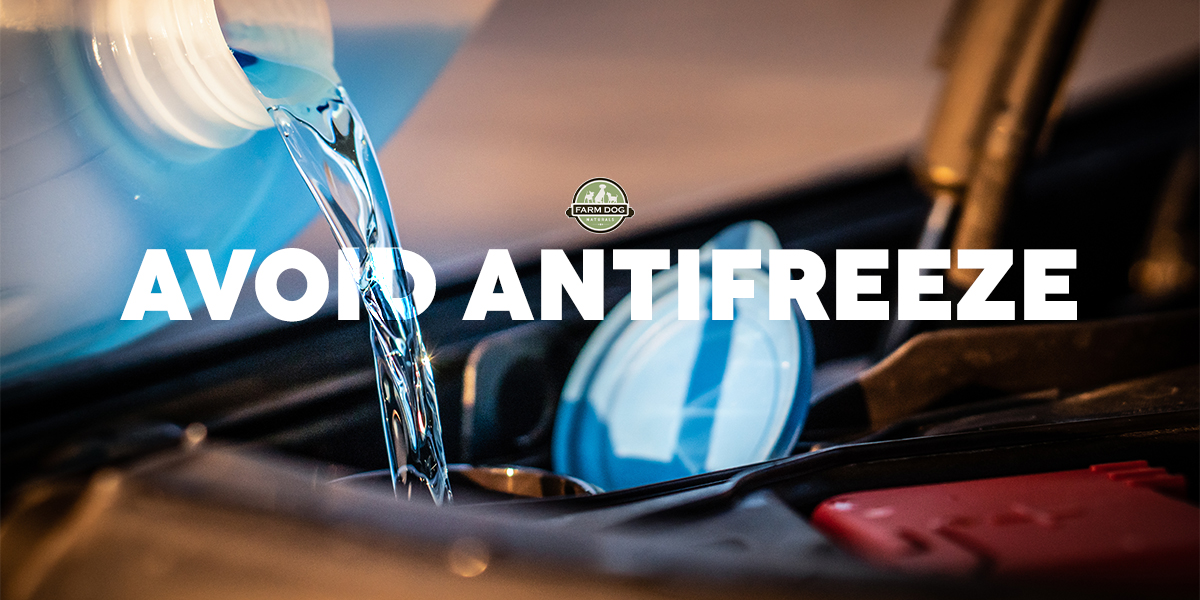 Many pet parents know to keep antifreeze well away from their animals.  It’s a common warning animal owners get once winter weather rears its snowy head. And for good reason. Once the snow and freezing cold hits, cases of antifreeze poisoning in dogs jump, and unfortunately, this is a life-threatening scenario.

So, what is it exactly that make antifreeze so dangerous to our animals? How can you tell if your dog has accidentally ingested it, and what action steps need to be taken to help them?

The Dangers of Antifreeze

Ethylene glycol itself is not toxic, but when it is metabolized in the body, it becomes severely toxic and affects the nervous system and kidneys.

Unfortunately, one of the things that makes ethylene glycol so risky is the fact that it has a sweet taste, so many pets are drawn to it.

It takes only a small amount of ethylene glycol to be potentially fatal – as little as 5 tablespoons can fatally harm a medium sized dog.

Signs of Antifreeze Poisoning in Dogs

If you suspect your pet has ingested antifreeze, you might notice any of these symptoms:

It’s important to note that it can take a few hours to notice the signs of antifreeze poisoning in dogs. It’s important to watch for any early signs that may be missed and respond accordingly. In six to twelve hours, pets may be markedly ill, so catching it as soon as you can is crucial.

What Should You Do if Your Dog Gets into Antifreeze?

If you think there’s a chance that your dog may have ingested antifreeze, the best thing to do is immediately take them to the vet. Even if they did not get into it, it’s better to err on the side of caution. If you can, bring the container of antifreeze with you so your vet can check the ingredients and determine the best course of action.

At the hospital, the veterinarian will evaluate your pet and run lab tests. If it’s unclear if your dog was exposed to antifreeze or exposed to enough to be cause for concern, there is a test your vet can run to first determine if the exposure will be harmful or problematic.

Thankfully, if your dog has ingested antifreeze, there is an antidote. However, it is extremely important to get treatment started as soon as possible, so don’t wait.

When it comes to preventing antifreeze poisoning in dogs, it’s fairly simple:

Pet-safe antifreeze does exist. These products contain propylene glycol, rather than ethylene glycol. They’re not a bad idea, as propylene glycol has a much wider margin of safety. That said, it’s still best practice to keep any type of chemical away from your animal, even pet-safe products, just to be safe.

The Farm Dog Naturals Team is passionate about animal health and wellness. Researching and learning is continuous, and sharing that information to help others help their animals is the goal. Natural living is the way to go!